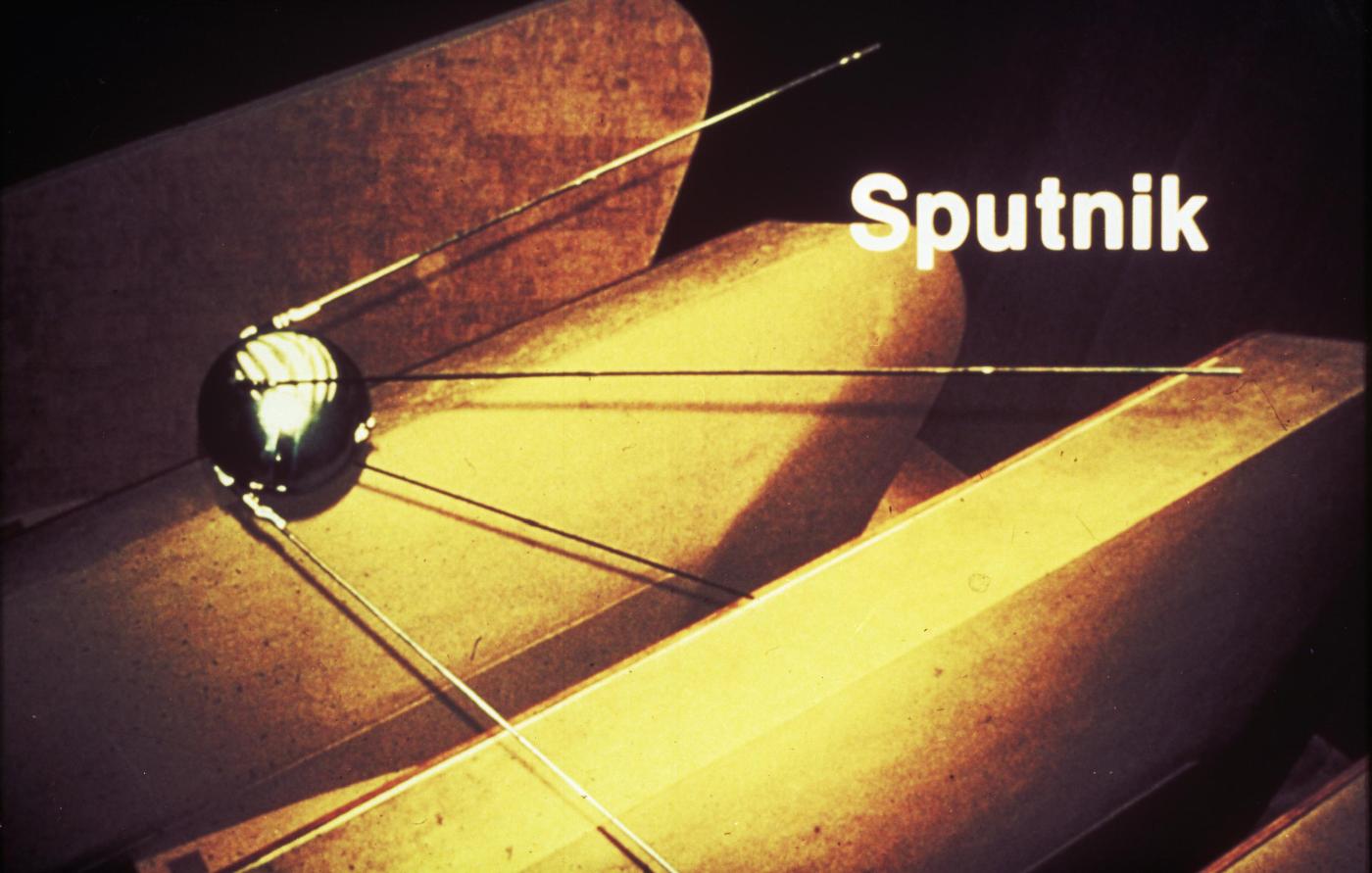 The Cold War. It was a time of espionage, competing political ideologies, and nuclear weapons. But while the James Bond’s of each nation were saving the world from top secret evil organisations, the two superpowers of the world were desperately trying to outwit each other both politically and economically. And they knew exactly what the key to their long term success would be – winning over the third world nations who had, up until this point, remained politically unaligned.

More specifically, we will look at how the use of the physical sciences and engineering were instrumental in gaining the upper hand in the Space Race, the consequences of which were ultimately used to gain favour of the non-aligned countries (the 3rd World).

But why was science so important in winning over third world countries?

The creation of about 40 new nations in Africa, Asia and the Middle East post WWII, most of whom initially steered clear of Capitalism and Communism, meant that neither words nor arms alone would be sufficient for either the US or the Soviets to win allegiance with these new nations.

The US believed that science and technical expertise, along with democratic political institutions and education, offered the best route towards peace and prosperity for newly emerging nations. This would create strong ties back to the American economy and hence strengthen it.

The Soviet Union believed that economic development and subsequent industrialisation were necessary preconditions for the coming socialist revolution. This would ultimately tie the new countries economies with that of the USSR, enabling them to consolidate their power within the global community.

Moving onto the newly non-aligned nations, their leaders wanted to apply the best parts of technological modernity to their own nationalistic projects, particularly to enable economic self-sufficiency. The problem with achieving this was that while they had an abundant supply of natural resources (uranium, oil, precious metals), they lacked a technologically sophisticated industry as well as consumer goods. This would ultimately force them to choose a side – Western Capitalism or Eastern Communism.

How to decide: US or USSR?

Among the many influences (which are complex and very specific to each nation), the economic robustness along with the military strength, both of which are heavily reliant upon scientific innovation and execution, would be the deciding factors in determining the direction of a nation’s ideological sway.

This is why science and technology played crucial roles in this battle for hearts and minds.

More than a ‘fellow-traveller’?

On October 4 1957 news of the small metallic Soviet satellite, Sputnik (translating literally to fellow-traveller), being fired into orbit around Earth sent shock waves around the globe. What followed was a sense of shock and even fear from the US public. Not only had the Soviets successfully and unexpectedly challenged the supposed US technological and scientific supremacy, it had also forced the world into a state of panic; the rocket which was used to get Sputnik into orbit was actually a hollowed out inter-continental ballistic missile. This meant that USSR could now strike US territory with nuclear weapons from a distance, meaning that winning a nuclear war would be practically impossible. This led to the USSR emerging as a major challenger for world influence and military domination.

From the perspective of the third world, the USSR winning the race into space may have been enough to swing alignment with the Communists. It was well known to the American government that many nations, especially those which had been under colonial rule from Western powers in the past, thought the US of being imperialistic through subtle and not so subtle measures (such as the intervention and installation of puppet leaders in smaller countries). In combination with this newly formed sentiment of USSR superiority, the outcome could be very dangerous indeed.

YEAR OF SUCCESS FOR RUSSIANS

The Canberra Times, an Australian newspaper, published the article ‘YEAR OF SUCCESS FOR RUSSIANS’ a single day before the Christmas Eve of 1957, the year in which the Soviets successfully launched their first satellite Sputnik as well as their first space traveller.

It is clear even from the synopsis that an eerie unease permeated through the west, even all the way down to the land down under. The first Soviet achievement outlined is their ‘world first’ inter-continental ballistic missile – an achievement with militaristic connotations. Secondly, the simple fact that the article was published the day before Christmas Eve, which was almost two months after the launch of their second satellite, Sputnik 2 (also carrying the first space traveller on board – a dog named Laika), indicates the growing paranoia of Western countries.

The article itself begins by highlighting the importance of these achievements not only from a global perspective, but from a perspective as seen from within the USSR. That is, a perspective of great importance for the Soviet ideology particularly because it happened to coincide with the 40th anniversary of the Russian Revolution. The reason why it holds so much weight is due to the fact that leaders and high ranking officials from every communist nation in the world gathered in Moscow, together with Communist delegations from Latin America, Western Europe, the Middle East and Asia. So not only were they able to overshadow the US once again, they were also able to showcase the extraordinary success of Communism to the non-aligned nations. The fact that the Soviet model promised the rapid industrial development that so many of the Third World leaders desired left them with little reason to not follow suit.

Naturally, this strengthened ties between communist nations (as well as creating new ones). The Kremlin’s scientific success served as a cry to all other communists to close ranks behind the leadership of the Soviet Union. Not only this, but the USSR had become bolder – taunting the US for its scientific backwardness and claiming that they would soon outstrip their economy. Despite the Soviet’s dichotic claims of launching a campaign for peaceful coexistence and disarmament, the article claims that the Soviet Union simultaneously stockpiled its nuclear arsenal to become the most imposing war machine on Earth.

As the piece comes towards an end, its critiques of the USSR are joined once again by a paranoia of it – the paranoia that its success will win over the uncommitted nations of Asia, the Middle East, and Africa. As mentioned earlier, the writer is also aware that some nations would have enjoyed observing America’s discomfiture. It closes by predicting the future events of the space race – events which will be driven by a scientific and military competition of staggering proportions, with the world as its audience.

The end of the story?

Most certainly not. It is important to note that the Soviets had been focusing very heavily on the Sputnik programs with the advantage of surprising the unexpected world. Once the US kicked into gear, the whole ball game changed once again. But that will be coming in the second part of this article which will be published sometime in the near future, so stay tuned!

First World: The bloc of democratic-industrial countries within the American spheres of influence.

Second World: The Eastern bloc of the communist-socialist states

Third World / unaligned nations: The remaining three-quarters of the world’s population, not aligned with either bloc.

2 thoughts on “Sputnik: The Soviet satellite that changed the World”