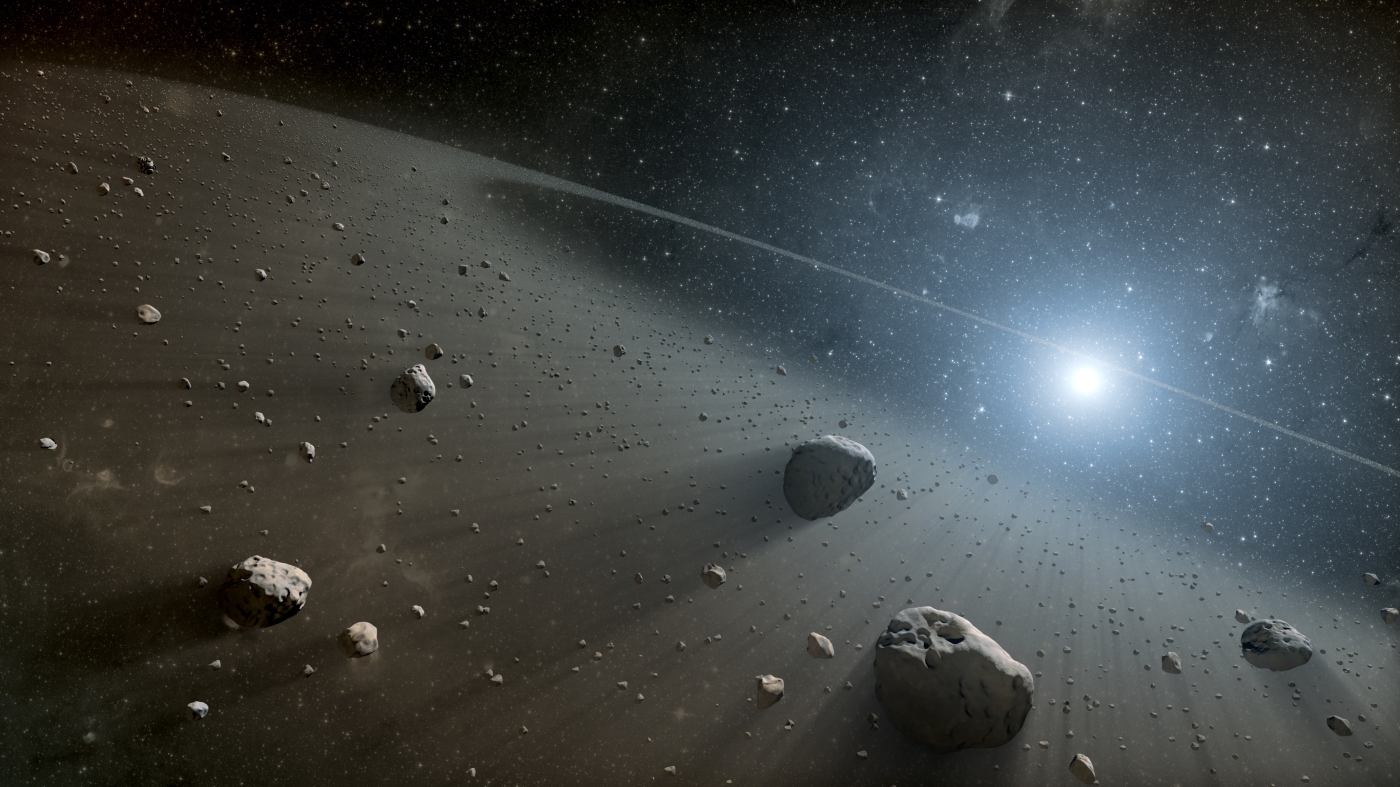 Life. It is abundant on this world we call Planet Earth. But where else could life possibly exist in our solar system? Mars, maybe Venus? Possibly. But there is one other planetary body which NASA has their eye’s set upon – Europa. Europa itself is just a satellite – one of the four large moon orbiting Jupiter. However the Jupiter system is located at quite a long distance away from the central source of energy at the centre of our solar system, more precisely about 5.2 Astronomical Units (or 778 million kilometres) around the Sun. So how does it obtain enough energy to sustain life? Well the answer comes in the form of gravity. The tidal forces provided from Jupiter’s large mass is the key. So how much of an effect do these tidal forces have on a Juno (another large natural satellite), and also how much of an effect they have on NASA satellites orbiting the large gaseous planet.

If you have ever come across any space video then you should be familiar with “the larger the object, the stronger the effect of its gravitational pull on the other“. If the central object (really the centre of mass of the system) is large, then according to Newton’s Universal Law of Gravitation F = G(mM/R2), the gravitational force felt by the object in orbit will be large (and directed radially inward towards the centre of mass) [1][2]. However, if we simply take this equation at face value, the idea of tidal forces is non-existent. This is essentially because when measuring the force between two masses, we usually use the centre of mass for both (which will provide a single value for the ‘pull of gravity’). Now if we take a qualitative view of what is occurring, we can come to the realisation that the gravity resulting from the centre of mass acts on each individual particle within the orbiting satellite (whether that is a moon or spacecraft). Hence, we can make a generalisation and quantitatively make measurements for the effect of gravity acting on the point of the satellite which is closest to the centre of mass, and again taking another measurement for the effect of gravity acting on the farthest point of the satellite (in relation to the centre of mass) [1][2][3]. The difference between these two values is, essentially, tidal forces in a nutshell.

With this, comes another realisation. If the tidal forces between objects are large enough, then we could expect them to overcome the internal gravitational self-attraction holding objects together. This is the idea behind the Roche limit. This so called limit is the maximum radial distance from the centre of mass of a system for which a satellite (which is held together only by the internal gravitational self-attraction) can remain in tact [4][5]. Get any closer, and the tidal forces now exceed the force holding the object together, causing the object to be disintegrated (where the particles which feel a greater attraction are ripped off due to their higher velocity). This is effectively how the Jovian planets obtained their rings [4][5]. However not ALL objects that are within the Roche limit are torn apart – this is due to other forces which act to hold the molecules within the material together. Prime examples of this are Jupiter’s moon Metisand Saturn’s moon Pan. Their high tensile strengths allow them to exist within the Roche limit [5].

Diagram of Object breaking apart after passing the Roche limit:

Returning to the question though, lets see if the tidal effect of a spacecraft can have a significant impact on Jupiter.

Now to measure the gravity felt by Jupiter (due to the spacecraft), we must derive an equation which will be obtained by equating the force of gravity to Newton’s Law of Universal Gravitation [1].

F = ma is Newton’s second law, but in this case the acceleration is gravity, which is what we are trying to find. Thus it becomes:

In this case we will take the upper case M to be the mass of the satellite.

The tidal force is simply the difference in gravity acting on each side of Jupiter, so we will need R(closest) & R(furthest).

Considering the inertial mass (and great internal self-attracting gravitation), the answer is no, there is no damage done to the planet due to the orbiting spacecraft.

Now lets look at the effect it will have on a NASA spacecraft.

Height of Juno: 4.5 m (we are not taking the width (20 m) into account as it positioned perpendicular to the gravitational field and has a much lower tidal effect).

Again, the tidal accelerations are microscopic. Even though Jupiter is a much large mass, and provides a large acceleration, the orbital distance is just too far (and the height of the satellite just too small). Additionally, the satellite is made from high tensile strength material, and is therefore very stable. However this is where Roche’s limit comes in. If you move to a distance very close to the centre of mass (which is very difficult due to the low density if Jupiter), then the inverse square law means that even small distance now create significant tidal forces [8]. This is perhaps best demonstrated in the process of spaghettification (a term which adequately describes your impending death if you, by some unfortunate chance, fall into a black hole).

Since a black hole is described to be an infinitesimally small point in space with a gravitational attraction so great that not even light can escape, small distances (such as the length of your body) become exponentially important. “As you fall in, the gravity at your feet becomes rapidly greater than the gravity at your own head. As a consequence, your feet would start to fall faster than your head, and initially it will feel like a good stretch. But eventually you will begin to stretch beyond comfort levels, and the tidal forces (gravity acting within your body) will become greater than the inter-molecular bonds holding you together. You can imagine what comes next – your body will snap into 2 pieces. The good news is that it actually turns out you will SURVIVE this initial snap because there are no vital organs beneath your waist. The bad news – you will continue to snap in half to the point where you become a stream of atoms descending toward the abyss. And it turns out that’s not the worst of it. According to General Relativity, the fabric of space and time funnels down towards a black hole, so in fact while you’re getting stretched, you will also be getting squeezed. There is actually a word, invented for just this purpose – spaghettification” [9].

One thought on “Tides of a Jupiter System”