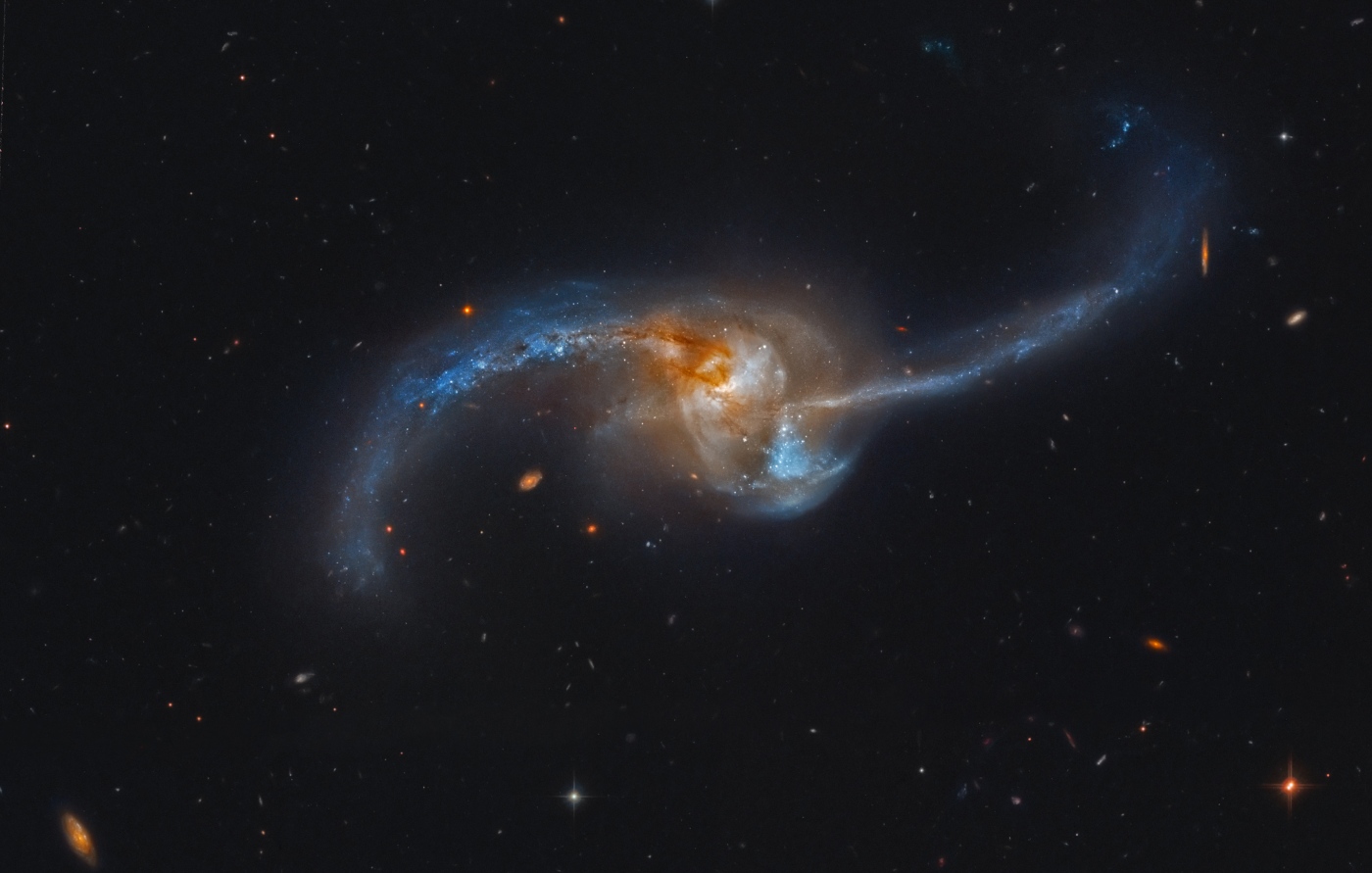 About 6 years after Hubble discovered that the existence of other galaxies, he also published a paper that led to the realization that the universe was expanding. And only recently have we discovered that not only is it expanding, but the expansion is actually accelerating! In effect this actually implies that every galaxy is moving away from every other galaxy. Well, almost every other galaxy. Perhaps one of our most well known neighbors, M31, or the Andromeda Galaxy, is actually moving towards us. This was determined by measuring the amount of ‘blueshifting’ occurring due to the Doppler Effect. It is currently 2.5 million light-years away from us, but has its course set for a head on collision with our own Milky way galaxy. And it is making decent headway with a speed of 400,000 km/hr (which is fast enough to travel from here to the moon in one hour). Despite this, it will still take approximately another 3.75 to 4 billion light years for it to reach us.

During the initial collision it may be tempting to imagine that many of the stars will plow into each other, totally decimating many of the solar systems within both galaxies. But this may not be the case. Due to the extreme distances between stars within each galaxy, the chances of collisions occurring are extremely small. However the galactic center will shift, altering the orbits stars currently hold. Moreover, the space within galaxies contains many clouds of dust and gas and when the clouds meet, the force of the impact compresses this matter compactly together, and stars may form if the gravity becomes overwhelming, collapsing the clouds into an inferno of star-birth.

According to the comments of Gurtina Besla of Columbia University in New York [3],

“In the worst-case-scenario simulation, M31 slams into the Milky Way head-on and the stars are all scattered into different orbits. The stellar populations of both galaxies are jostled, and the Milky Way loses its flattened pancake shape with most of the stars on nearly circular orbits. The galaxies’ cores merge, and the stars settle into randomized orbits to create an elliptical-shaped galaxy.”

After the initial collision, data derived from Hubble’s calculations indicates it may take up to a further 2 billion years for the 2 galaxies to reshape into a single larger elliptical galaxy.

This fantastic illustration provides a guesstimate on what the different stages of the collision will look like to an observer on Earth.

This series of photo illustrations shows the predicted merger between our Milky Way galaxy and the neighboring Andromeda galaxy.

Here is a video simulation of the predicted events: